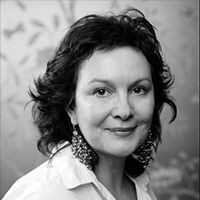 Clara Sánchez was born in Guadalajara. After going through various jobs, she taught at universities for a number of years and regularly appeared on the TVE program Qué grande es el cine. In 1989 she published the novel Piedras preciosas, which was followed by No es distinta la noche (1990), El palacio varado (1993), Desde el mirador (1996), El misterio de todos los días (1999), Últimas noticias del paraíso, for which she received the Premio Alfaguara in 2000, and Un millón de luces (2004). Her work has been published in various different countries.

"Clara Sánchez has an enchanting style and liberated tone. Her gaze is ironic, but the cruelty is softened by melancholy and even indulgence". Le Nouvel Observateur

"Clara Sánchez is a literary phenomenon, her readers have established a prominent place for her on the Internet". Il Giornale

Winner of the Premio Baccante 2014.